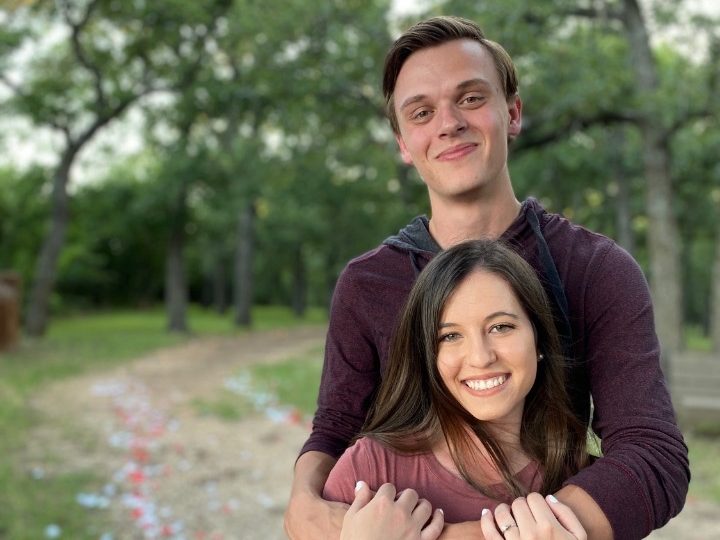 At a glance, Osmund Sindland’s biography doesn’t seem especially unique. Ozzie, as he is better known, attended high school in Arkansas before enrolling at College of the Ozarks, where he met his wife and is receiving the education he needs to start a number-crunching accounting career. However, as is so often the case, that’s only part of the story.

Ozzie grew up in rural Connecticut, but the year before he began high school, his parents decided they needed a change of pace. Soon, Ozzie found himself in an Ozark backwater, walking the halls of Lead Hill High—a far cry from his New England upbringing, but he was largely unfazed. The appearances of his surroundings had certainly changed, but he found that the dynamics of rural American life don’t depend much on proximity to the Atlantic Ocean. As long as he still had a loving family and local baseball diamond, he could handle the differences.

At the end of high school, Ozzie made his way to Point Lookout, Missouri, where he competed for several seasons as a pitcher on the Bobcat baseball team. After sustaining an injury and deciding to step away from the mound, he stepped up his game in the classroom, and began to think more deeply about his future plans. While attending a career fair, Ozzie fell into conversation with Blake Robbins, owner and CEO of Robbins Insurance Group. After continued communication with Blake over the next few months, Ozzie officially joined the RIG team as a sales intern in January.

Why would an accounting major pursue a sales internship? Ozzie’s background might go a long way in explaining that decision. Over his twenty-two years, Ozzie has learned that life can bring unexpected changes. Certainly, the last year has only reinforced that fact. In addition, he has spent most of his time in small, tight-knit communities, and he would be first to tell you that his education and aspirations continue to be guided by his experience in that environment.

Ozzie decided to intern at RIG because he wished to diversify his skillset. In some ways, this desire to “diversify” might seem to be nothing more than an insurance policy itself—if life can bring unexpected changes, it’s never a bad thing to be prepared for whatever it may throw at you.

Yet Ozzie’s motivation runs deeper than a desire to “hedge his bets” by rounding out his resume. Put simply, Ozzie’s education will give him the hard skills and credentials he needs to be hirable as a CPA upon graduation. He probably doesn’t need a sales internship to land a job. But Ozzie’s career aspirations go beyond a mere job title. As someone who knows the value of an intimate community, Ozzie came to RIG because he wanted to develop the skills that will make him more valuable in a small-scale business environment. By growing his interpersonal and networking abilities, he believes he will be more fit to carry out the diverse responsibilities often required of those who work on a small-scale team.

Over his time as RIG’s sales intern, Ozzie believes he has gained an even deeper appreciation for small, tight-knit business endeavors by witnessing just such a business at work. As much as we believe that he will continue to see the benefit of this internship over his career, we know that the RIG team has benefited greatly from Ozzie’s presence and contributions. We appreciate you, Ozzie! Keep up the good work!