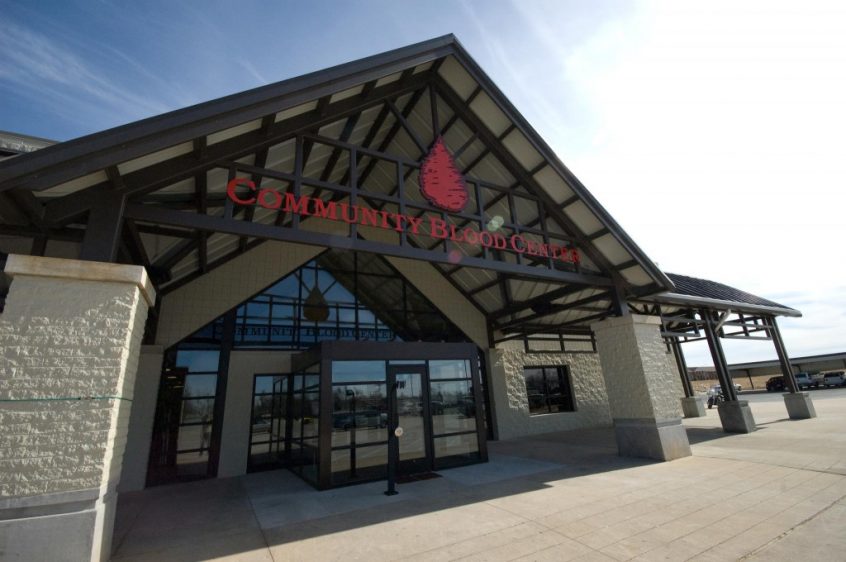 Sid McConnell, a frequent blood donor with Community Blood Center of the Ozarks (CBCO), found himself in need of seven units of blood when he faced quadruple bypass surgery last year. On the far side of a successful surgery, he noticed the “Thank the Donor” tags on the blood bags, and reached out to those who had made his survival and recovery possible. To his surprise, Sid discovered that four of his benefactors had given their blood at a local Faith Community Health drive, and was able to meet two of them at a recent CBCO event.

Looking into their eyes, Sid struggled to find words for his gratitude: “I’m almost at a loss of knowing what to say here. ‘Thank you’ doesn’t seem to adequately express all of this. Your willingness to step up the plate…was really a big factor in me standing here.”

James Isaacs, one of Sid’s donors, went on to express how this meeting between donor and recipient would encourage him to continue to give blood in the future: “When you give blood and you don’t have a clue where it’s going, that’s one thing. But when you hear from a recipient that your blood helped save their life, I don’t know what could be better than that. I will never miss another opportunity to give blood again because of this.” Matt Eaves and Kelly Robbins, two of Sid’s other donors, shared similar sentiments.

We share this story because it epitomizes the critical role and value of CBCO in this community. Branson residents are presented with many opportunities to donate blood to a number of organizations, but it’s important to understand that CBCO is the sole provider of blood for the 44 hospitals in their 40-county service area, including Cox Medical Center and Mercy in Branson. In practical terms, this means that every time you give blood at a CBCO drive, you can guarantee that CBCO intends to use it on behalf of those in the Ozark region—as Sid’s case shows, it may even go to someone in your hometown.

While the blood needs of many areas of the country are provided by larger organizations, such as the Red Cross, the Ozarks region has opted to collect, test, and distribute its blood locally. Historically speaking, CBCO has been very successful in collecting enough blood for the Ozarks, even exporting excess blood to communities in need nationwide. However, Branson’s numbers have consistently represented a significant blood donation/use deficit, which means that we have had to be propped up by Ozark communities with more generous donation rates. For example, Branson used 1888 units of blood last year, while members of this community only donated 882 units during the same period.

Recently, CBCO presented at The Nest, a networking group attended by several members of our RIG leadership team, including Blake Robbins, Taylor Clark, and Lain McCanless. After hearing Sid’s story, along with information about the mission and needs of CBCO, they were convinced that this organization deserves our intentional support. Just this week, several members of our team were able to donate blood to CBCO, and we encourage Branson residents to consider doing the same at the next opportunity! We believe that, with a higher level of advocacy and awareness, Branson will begin to do its part in supporting the health of the greater Ozark Mountain region.